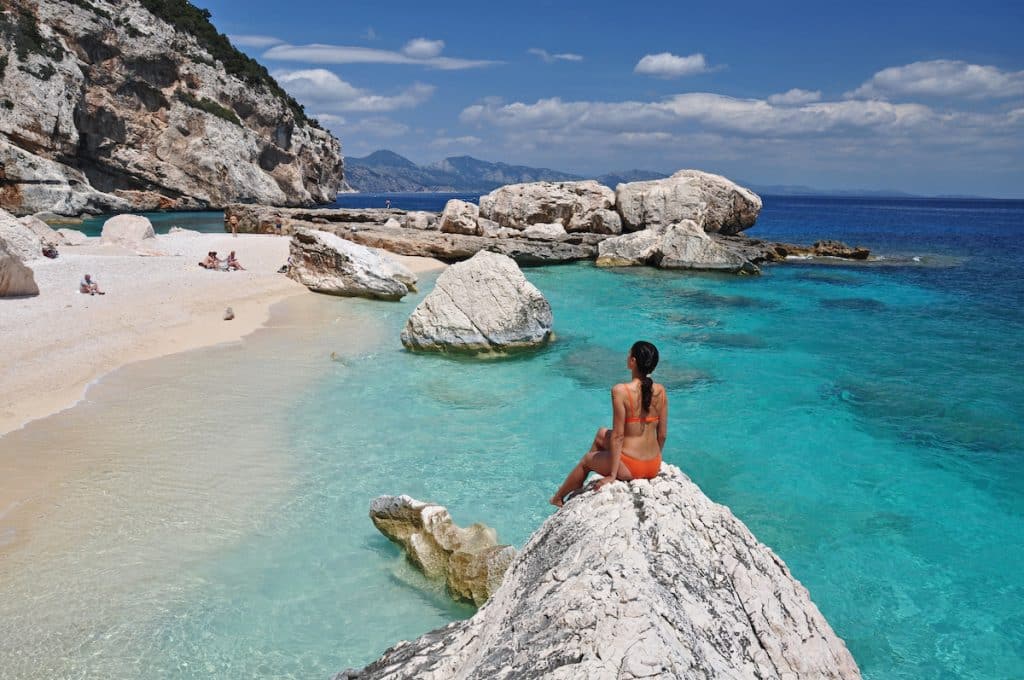 Gulf of Orosei, something you don’t expect

Traveling across Sardinia is like going through different phases of human history. There are some places where time has just stopped, where shepherds still wake up every morning and with a stick in their hand they take the flock out to graze; some farms away from civilization in which there are no modern comforts, heat is still generated by a fireplace, water comes from a well, and cell phones are not even taken into consideration. Other areas, like Costa Smeralda, are way ahead in modern technologies and tourist services, it’s the kind of place where you can see fortresslike villas and inconceivable hundred-meter yachts owned by some of the world’s biggest multimillionaires.

Unfortunately, most of the people hear of Sardinia only when talking about Porto Cervo’s international jet-set trends. Indeed, that’s where most of the tourist end up going to.

My own experience in the Gulf

There are so many other amazing places in this small continent, but they are just not “popular” enough to be taken into consideration. One of these is the Gulf of Orosei.
I recently went there with my girlfriend and took one of the mini cruises around the gulf.

Coming from the Archipelago of La Maddalena area, I’m well prepared to the visual effects of beaches that are considered some of the most beautiful, worldwide. But as soon as we arrived near the first cove I couldn’t believe my eyes, I was stunned by the unusual color of the water: a surreal light green with shades of blue, white, and huge cliffs backing the beaches. Another unique environment in the Continent of Sardinia.

Further on, we stopped in one of the most beautiful beaches I have ever seen: Cala Mariolu, a place where giant boulders rolled down from the high cliffs, maybe hundreds of years ago, creating areas of shade in a zen garden. Perfectly rounded white pebble stones slowly disappear in the bottom of the sea, giving that gradual deep darkness to the emerald green of the water.

We then sailed to the “Grotta del Bue Marino” (Sea Ox Cave): A netting of underground rivers (some 60 km long) merges into a beautiful cave that once was a shelter for a sea ox colony. Later abandoned by these animals due to the inevitable presence of humans.
Its dark and peaceful areas give you a sense of how good nature is at creating beauty out of nothing. Definitely, something you would want to visit. You can access these caves only by boat. Don’t miss it!

Last but not least: Cala Luna beach. Giant caves open up right at the water’s edge. The overall feeling you get by looking outside from one of these wholes is like admiring a beautiful painting from another dimension.

Due to the distancing guidelines, this year we will be running even smaller group tours of maximum 6 to 7 passengers. This way we will increase the available space between guests.